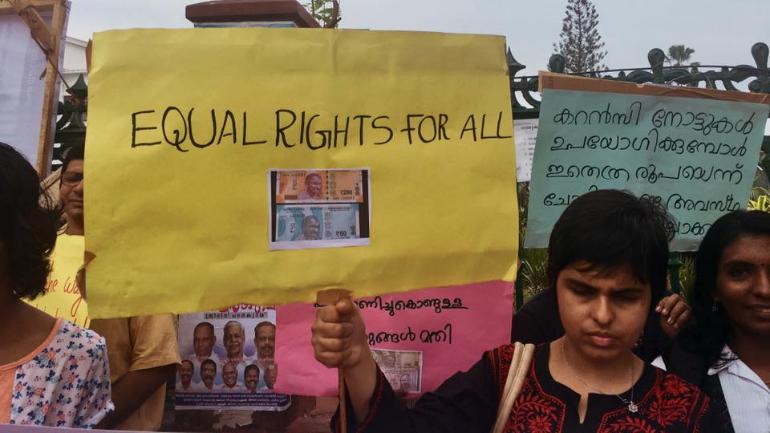 Currency that would be detectable to visually impaired is really a matter of concern. In India, banks do not provide a special currency for those who cannot see, which is why the Delhi High Court on Tuesday asked the Centre and Reserve Bank of India (RBI) to file response to a plea seeking to make all currency and the digital means of banking transactions accessible to the visually impaired.

Good quality of services are assured in the developed countries, including America and United Kingdom, where there is a small section of visually impaired people are living.

What does the plea say?

The plea was filed by Blind Graduates Forum of India through advocate Ila Haldia.

It is now with a division Bench of Chief Justice Rajendra Menon and Justice V. Kameswar Rao, who issued the notice to the Central government

Therefore, the forum’s counsel has sought direction to lay down standards for the design of banknotes and coins and make all forms of physical currency and the digital means of transactions accessible to the visually impaired.

Changes to be made in currency

Why we should think about the blind?

According to Global Data on Visual Impairment report by WHO (2010), India has the second largest visually impaired people, i.e. 118 million.

Also, it is a great matter of concern for countries across the globe, for people with disabilities are the world’s largest and fastest-growing minority group.

India is said to have the maximum number of blind people in the world.

According to media reports, of the 37 million people across the globe who are blind, over 15 million are in India.

Under the United Nations Convention on the Rights of Persons with Disabilities, Article 9 enables persons with disabilities to live independently and participate fully in all aspects of life and also gives them access to facilities and services open or provided to the public, both in urban and rural areas.

Additionally, Article 12 states “Parties shall take all appropriate and effective measures to ensure the equal right of persons with disabilities to own or inherit property, to control their own financial affairs and to have equal access to bank loans, mortgages and other forms of financial credit, and shall ensure that persons with disabilities are not arbitrarily deprived of their property.”

Where does India stand?

With the boom of technology, the concept of Digital India opened doors for visually impaired people.

The apps on social media works on voice recognition

However, these needs to be fused with banks, making it easier for the blind people in every field.

Five things you should know about bank deposit insurance scheme