The year 2018 saw a rare public spat between the government and the Reserve Bank of India (RBI) being fought bitterly and brazenly, spooking investors and markets alike as the government held consultations under the rarely used Section 7 of the RBI Act.

The tug of war continued for nearly two years and ended with the governor Urjit Patel resigning on December 11.

RBI’s open defence of its autonomy, as expressed through a speech by deputy governor Viral Acharya, stoked the flames of what would become one of the most heated debates in RBI’s history.

The tumultuous relationship between the government and RBI started with the former discontinuing 86 per cent of currency in circulation in November 2016. 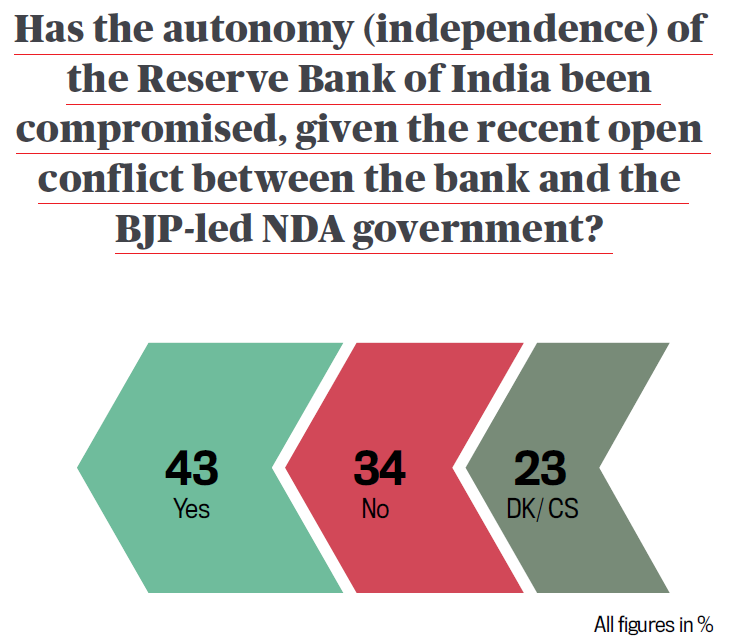 The move caught the banking system by surprise, and Patel, who had occupied the hot seat just a couple of months earlier, faced the flak for bad currency management.

What followed was a series of arguments over powers of the RBI, ownership of banks, bank reserves and norms regarding non-performing assets (NPAs).

Not surprisingly then, the RBI has been facing a loss of confidence, with 43 per cent of the respondents saying the central bank’s autonomy has been compromised.

Meanwhile, the high profile cases of defrauding banks by diamantaire Nirav Modi or Kingfisher’s Vijay Mallya have brought to the fore the ugly truths about public sector banking in India and huge systemic gaps which has led to a situation where India’s non-performing assets or bad loans are the fifth highest in the world.

Interestingly, 43 per cent of the respondents said that they had more faith in public sector banks as compared to the past.

Five things you should know about bank deposit insurance scheme